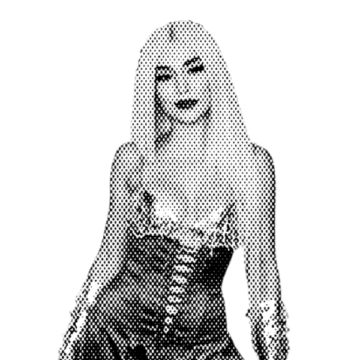 Ava Max is an American singer-songwriter who released the popular song “Sweet but Psycho”. The song became a massive hit, topping charts in countries all around the world. She has also worked with other popular music artists like David Guetta and Jason Derulo.

Her parents left their country Albania after the fall of communism. Her parents lived for about a year at a Red Cross-supported church which is located in Paris, France before they migrated to the US.

She and her family moved to Virginia when she was only eight. There, she started her singing career by joining numerous singing competitions. Ava Max also traveled to Florida where she started to release music under the name Amanda Kay. At 13, she came up with the name Ava and adopted it.

When Ava was 14, she settled to use the name, Ava Max. She then moved to LA to pursue her music career but she had a hard time because of her young age.

After being constantly rejected, Ava decided to relocate to South Carolina where she started writing her own songs. She also enrolled at Lexington High School where she was bullied.

Ava Max released her debut single “Take Away the Pain” in 2013. The next year, Ava met the Canadian producer Cirkut who greatly helped her with her career in the music industry. Ava and Cirkut worked together writing songs and dropped the song “Anyone But You”.

The song “Anyone But You” got attention and Ava ended up signing a record deal with Atlantic Records. From 2016 to 2017, Ava used her signature hairstyle which she called “Max Cut”.

In 2018, Ava Max dropped her song “My Way” which got the 38th spot on the Romanian Airplay. She also released her song “Slippin”, “Salt”, and “Not Your Barbie Girl” and was featured in Witt Lowry’s “Into Your Arms”.

Her hit single “Sweet but Psycho” was released on August 17, 2018. It reached number one in more than 22 countries and it was considered her most successful song.

Ava also worked with other artists. She took part in Jason Derulo’s song “Make Up” and in David Guetta’s song “Let Be Me”. She then released her “So Am I” and a remix of the song was created which featured the KPop group NCT.

She released three songs in 2019 including “Blood, Sweat & Tears” and “Freaking Me Out”. She also worked with AJ Mitchell for the song “Slow Dance”. By the third, she closed a deal with Warner Chappell Music and Artist Publishing Group.

Ava Max also received the Best Push Act during the MTV Europe Music Awards in 2019. In November of that year, she and Pablo Alborán released their duet “Tabú”.

In 2020, Ava Max dropped her “Kings & Queens” which is from her unreleased professional debut album. She also released two singles including “Who’s Laughing Now” and “OMG What’s Happening”.

Her unreleased professional debut album “Heaven & Hell” was finally released on September 2020. The album reached the top 2 on the UK Albums Chart and number 27 on US Billboard 200.

Ava Max was featured on BBC’s Radio 2 Allstars Children in Need charity single “Stop Crying Your Heart Out”. She also released a bonus track “My Head & My Heart” from the digital issue of her album Heaven & Hell.

For 2021, Ava released her single “Every Time I Cry” and she also took part in the songs “Sad Boy” and “The Motto”.

In 2022, Ava Max made known to the public that her second studio album “Diamonds & Dancefloors” will be released on June 1, 2022, but it was rescheduled to January 27, 2023. Her latest release was her song “Million Dollar Baby”.

The dance-pop singer Ava Max considers herself as pure Albanian despite being born in the US. Her opera singer mother taught her how to speak the Albanian language but she can’t read or write it.

She promotes female empowerment which she also includes in the songs that she writes. According to her, she admires the creativity of drag queens.

You can find Ava Max’s music in all music streaming platforms such as Spotify, Apple Music, Youtube Music, and Deezer.

Who Is Ava Max Dating?

Ava Max is currently single right now. She has dated Cirkut in 2014 but they eventually broke up. Ava has also revealed that she has been attracted to the same sex but she chose not to label her sexuality.

Ava Max is now one of the most successful musical artists in the music industry. She has released hit songs including “Sweet But Psycho” and earned a considerable amount of money for it. She is adored by many because of her singing style and fashion sense. Ava Max’s net worth is estimated to be around 3 million dollars.