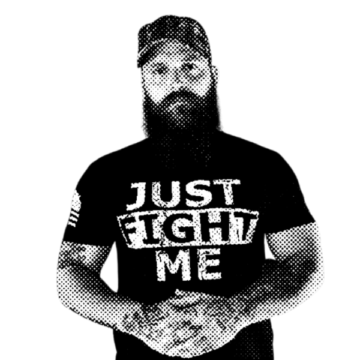 Adam Calhoun is a singer, rapper, and songwriter who has a huge following on social media. He got his start in his musical career early and has achieved a great deal of success and sold a best-selling rap album. He released his album “Salute The Brave” with the rapper Hosier in 2017, “AmerAcal” and his EP “Crazy Boy” with Demun Jones in 2018 followed by his second album and third album. Adam Calhoun songs faced a lot of controversies because of his lyrics but this didn’t stop him from making music.

Adam Calhoun was born on September 5, 1980, in Chicago Illinois. He was raised alone by his single mother. According to him, he wanted to be a good father and he doesn’t want his children to experience what he had experienced.

Apart from the fact that Adam grew up without a father, he didn’t disclose more information about his early years or about his childhood.

Adam Calhoun started his music career performing with the country rap singer and rapper Hosier. Adam and Hosier worked together and they released their single “Salute The Brave” in 2017. Their single became the 46th on Hot Country Songs.

Adam and Hosier also released their album “Made in America” in 2017. After releasing their album, Adam decided to end his collaboration with Hosier.

Adam also worked with the country rap singer Upchurch. In their song “Back N Forth”, Adam complained about men who wear women’s clothing.

He released his Crazy White Boy EP with his friend Demun Jones and they had their “Crazy White Boy Tour”. Their show in Sacramento, California led to protests because of his posts and song lyrics about the LGBT community. His other shows also got canceled or faced protests.

In 2019, Adam released his third solo album called “War”. The album became the second best-selling country album and the third best-selling rap song of the week. The album sold more than 3200 copies.

Adam has also released the album “Hooligan” with Upchurch and he also collaborated with Struggle Jennings and they released “Legend” in 2020.

In 2022, Adam collaborated with Tom MacDonald and released the album “The Brave”. It became the best-selling album of the week when it was released on March 22, 2022. The album sold more than 16,000 copies in the US.

The American singer Adam Calhoun has also performed live in Oklahoma City and in other parts of the US.

Adam Calhoun was engaged to Tess Riolet Calhoun for a long time before they finally got married in 2016. The couple now has two children named Theodore Calhoun and Annabel Calhoun. The whole family lives in Frankfort, Illinois, United States.

Adam also has a son named Tamen Calhoun with his former lover or girlfriend Brandy. He spends time with Tamen whenever he can and posts pictures of them.

The American rapper and social media personality Adam Calhoun has a large following on different social media platforms. He has over 758 thousand followers on his Instagram account.

Adam also has a youtube channel where he uploads his official music videos and also expresses his opinion. He is also a known supporter of former President Donald Trump in opposition to the Black Lives Matter movement.

His Youtube channel has now over 1.34 million subscribers. He created his youtube channel last August 4, 2013, and it now has over 398 million views.

Apart from his youtube channel, you can listen to Adam’s music on all major streaming platforms such as Spotify, Apple Music, Deezer, and Youtube Music.

While Adam’s music has been successful, it has also sparked controversy because of the lyrics in his songs. Some people have argued that his songs are racist and homophobic.

In addition, some of his shows have been canceled or faced protests because of his posts and song lyrics about the LGBT community. Adam also served some time in prison after punching an on-duty police officer.

Although Adam is married, he has been criticized for his treatment of women. He has made misogynistic lyrics in his songs and some people have accused him of being a domestic abuser.

Adam Calhoun is an American rapper with a large social media following. His music has been successful but it has also sparked controversy because of the lyrics in his songs. Adam Calhoun’s net worth is estimated to be around 2 million dollars.