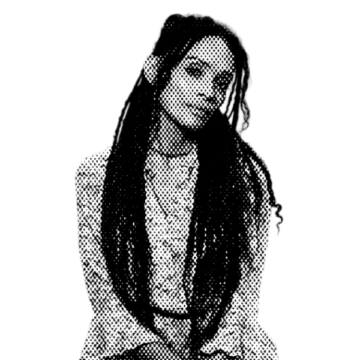 Lisa Bonet is an American actress who has starred in films and on television since the 1980s. Bonet was born in November 1967 in San Francisco, California, the daughter of a Jewish father and a black mother.

Lisa Michelle Bonet was born on November 16, 1987, in San Francisco, California. Her mother Arlene Joyce Litman who is Jewish worked as a teacher while her father Allen Bonet who is an African-American was an opera singer.

Lisa came from a big family. She has a total of 7 half-siblings from her father’s side. She has five half-sisters including one who is also in the entertainment industry as a singer and two half-brothers.

Lisa finished her high school education at Birmingham High School, in California. After her graduation, she decided enroll herself in acting at the Celluloid Actor’s Studio which is in North Hollywood.

As a child, she was exposed to beauty pageants and had small roles in a few tv shows and movies including in the series “St. Elsewhere” where she acted as Carla.

Lisa Bonet’s big break was on the show “The Cosby Show”. She had the role of Denise Huxtable who is the on screen daughter of Bill Cosby.

In 1987, she decide to quit The Cosby Show to focus on the tv series “A Different World” where she is one of the main cast. In the same year, she appeared as Epiphany Proudfoot in the movie “Angel Heart”. She had her first explicit scenes with her fellow actor Mickey Rourke. Because of the said film, Lisa earned nominations for the Saturn Award for Best Supporting Actress.

When Lisa found out that she will have her first baby soon, she stopped working for the series “A Different World” and returned to “The Cosby Show”. Unfortunately, Lisa was removed from The Cosby Show for some reason.

After she was fired from The Cosby Show, Lisa Bonet appeared in direct-to-video releases and made-for-television movies. Lisa Bonet hosted the show “Why Bother Voting?” which was aired in September of 1992.

Lisa had supporting roles in the films “Enemy of the State” and “High Fidelity”. She also played Queenie in “Biker Boyz” and co-starred in “Whitepaddy”. Lisa also made appearances in tv dramas and comedy shows including the television series “Life On Mars”, “The Red Road”, and many more.

Lisa Bonet legally changed her name to Lilakoi Moon in 1995. According to some sources, she decided to change her name legally for privacy purposes though she still uses her name Lisa Bonet professionally.

Lisa doesn’t share that much about her personal life in public but we do know that she loves cars and owns a Mercedez Benz G Class. She also likes to travel to other countries with her three children.

Unfortunately, we couldn’t find any verified social media accounts of Lisa Bonet though there are a number of fan pages on Facebook, Instagram, and Twitter that are dedicated to her.

There are several possible explanations for why Lisa Bonet doesn’t have a social media account. One reason may be that she simply doesn’t want one. Another possibility is that she is not interested in using social media.

It’s also possible that she has been advised by her team or management not to have a social media account in order to avoid any negative publicity or unwanted attention.

Who Is Lisa Bonet’s Husband?

Lisa Bonet’s first husband is the famous singer and songwriter Lenny Kravitz. They got married in 1987 and they got divorced in 1993. Lisa and Lenny have a daughter named Zoe Kravitz who is also in the entertainment industry as an actress.

In January 2022, Jason announced his separation from Lisa when he posted “We are parting ways in marriage.”

Lisa Bonet is an American actress who is best known for her role as Denise Huxtable on the popular tv sitcom “The Cosby Show”. Lisa has also starred in other tv shows and movies throughout her career including “A Different World”, “Angel Heart”, and many more. Lisa Bonet’s net worth is estimated to be around 14 million dollars.