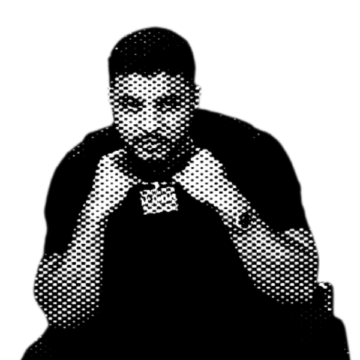 Raftaar is an Indian dancer who also became one of the top Indian rappers today. Raftaar quickly rose to prominence with his unique style and lyrics. He became a member of various music groups like the Punjabi music band RDB and he has released several albums and singles such as “Beer Bar” that have been very successful. In addition to his music career, Raftaar has also starred in a few Bollywood movies and has brand endorsements which also contribute to his monthly income and net worth.

Dilin Nair aka Raftaar Singh was born to a Delhi-based Malayali couple on November 16, 1988, in Trivandrum, Kerala, India. His father worked in Indian Railways as a janitor while his mother worked as an encoder in a private company.

He finished his high school education in a public school in New Delhi and enrolled in college but he eventually dropped out to pursue a career in the entertainment industry.

Raftaar Singh first entered the entertainment industry as a dancer. He started rapping in 2008 together with the rappers Lil Golu and Young Amli (now known as Ika). The three recorded songs and uploaded them on Youtube and on other social media platforms.

Some film producers like Ankit Khanna helped Raftaar Singh and introduced him to the Punjabi music band RDB. After the split of the RBD members, Raftaar joined the Manjeet Ral (now known as Manj Musik) and eventually started his solo career after signing a contract with Zee Music Company.

In 2013, Raftaar Singh debuted in the Bollywood industry. He wrote the song “Tamanche Pe Disco” for the film “Bullet Raja”. The music video of the said song featured Sonakshi Sinha and Saif Ali Khan. His debut song “Tamanche Pe Disco” is one of his hit songs but the song “Swag Mera Desi” which he released with Manj Musik in the same year was the reason for him to become more known.

Raftaar debuted in the Bengali music industry in 2017 through the movie “One”. He is also a film producer and produced and rapped the song for the “Champ” soundtrack and had collaborations with Varun Dhawan. The following year, he released another album “Zero to Infinity” which had seven songs.

Raftaar leads the gang of the reality tv show MTV Roadies. In 2019 he chosen to be one of the judges of tv shows MTV Hustle, Dance India Dance and Roadies. Raftaar Singh is also the co-founder of the Desi Hip Hop label named “Kalamkaar”.

Many people think that Raftaar Singh is from Punjab because of his strong personality but only a few people know that he is from a simple middle-class Malayan family from Kerala, India.

Despite his controversies and fights with other rappers, Raftaar Singh wants to keep his private life private. He didn’t disclose his parents’ names and if he has any siblings. He lives in an expensive home and has amazing car collections.

Who Is Raftaar Singh’s Wife?

Raftaar Singh married his wife Komal Vohra in Decmeber of 2016. Kamal Vohra is the sister of two famous Indian television actors. She is also a TV personality and works as an Interior Designer.

The two doesn’t have any children yet. They filed a divorce in 2020 and they don’t live in the same house since then. The legal proceedings were delayed because of the pandemic and their divorce is expected to be finalized in October 2022.

Raftaar Singh real name is Dilin Nair. He is now one of the highest-paid rappers in the Bollywood film industry who lives in a luxurious life. He has come a long way from being an underground rapper to becoming one of the most popular rappers in India. Rafter Singh’s estimated net worth in Indian rupees is 51 Crore or 7 million US dollars. Raftaar Singh’s monthly income is estimated to be 45 Lakh rupees.