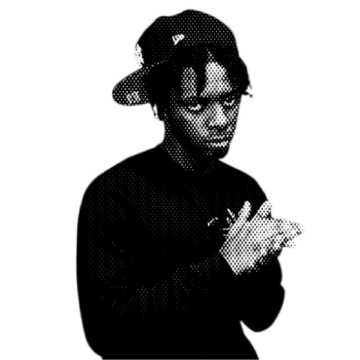 Sleepy Hallow is an American rapper, singer, and songwriter who is the frequent collaborator of the hip hop rapper and Brooklyn native Sheff G. Sleepy released a number of hit albums and singles and is now considered one of the most talented rappers in the music industry.

Sleepy Hallow was born Tegan Chambers or Tegan Joshua Anthony Chambers. His birth date is on December 20, 1999, and his birthplace is in Jamaica. He was raised by his mother, who worked as a nurse, and his father, who was a carpenter. When he was five years old, his family moved to the United States and settled in Brooklyn, New York.

When he was 12 years old, he was inspired by talented rappers such as Biggie Smalls, Kendrick Lamar, and many more. He started to become interested in rapping and decided to use the name “Sleepy Hallow”. The name “Sleepy” comes from his eyes which look sleepy all the time and “Hallow” is from the word Halloween or to add Halloween flavor to his name.

As a kid, he also experienced being put into a juvenile detention center for almost a month because of marijuana. He dropped out of school during his ninth grade and he met Sheff G. He collaborated with Sheff G and he got impressed with how Sleepy Hallow carries himself.

Sleepy dropped his debut mixtape “Don’t Sleep” in 2019 which includes the hit songs “Breakin Bad (Okay)”, “I Get Luv”, “2 Fake” and “Pray 4OR”. In the same year, Winners Circle Entertainment was established and Sleepy Hallow was one of the first to have signed a contract with them.

In 2020, Sleepy released his second mixtape “Sleepy for President” which featured his single “Deep End Freestyle” featuring Fousheé. His single reached the top 80 of the US Billboard Hot 100 chart on June 20, 2020, and was streamed over 85 million times. It was also certified gold by RIAA in August of the same year.

Winners Circle Entertainment partnered with RCA Records in 2020 and Sleepy Hallow with Sheff G released their single “Tip Toe” which was exclusively produced by Great John.

In 2021, Sleepy dropped his first studio album “Stipp Sleep?” which includes the song “2055”. The said single was then certified double platinum in March 2022.

Sleepy Hallow’s latest release was in May 2022 when he released “Die Young” featuring the Canadian rapper 347aidan.

As of now, Sleepy Hallow is spending some jail time. He was arrested on June 24, 2022, and is currently facing seven months in prison on a weapons charge. He is expected to be released on February 13, 2023.

He also has his own website and a Youtube channel which he created last June 8, 2019, that has now over 990 thousand subscribers with 593 million views.

Aside from his Youtube channel, you can also listen to Sleepy Hallow’s on all major streaming platforms such as Spotify, Apple Music, Deezer, and Youtube Music.

Who Is Sleepy Hallow Dating?

Sleepy Hallow is currently dating the Brooklyn native Dreaa Banks also known as Dream Bank. They have been dating for a couple of years and they have a beautiful daughter named Melina Chambers.

Dream Banks is a private person and has not revealed more details about her lifestyle, education, and career though she promotes a few brands on her social media accounts and has labeled herself as an emotional gangster.

Sleepy Hallow is one of the most popular rappers in the game right now. He has released a number of hit albums like “Stipp Sleep?”. He has also released his singles “Deep End Freestyle”, “Tip Toe”, and many more. He is currently in a relationship with Dreaa Banks and they have a daughter named Melina. Sleepy Hallow’s estimated net worth is around 7 million dollars and this number is expected to grow as he continues making music and entertaining his audience.