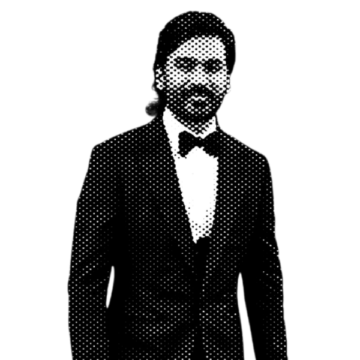 Dhanush is one of the most popular actors in India. He is also a playback singer, director, and producer. His own movie production company Wunderbar Films was discovered in 2010 and mainly works on Tamil cinema.

Dhanush has a brother, Selvaraghavan who is a south Indian film industry director, screenwriter, and actor, and two sisters Karthika Devi, and K. Vimala Geetha.

Dhanush finished his high school education at St. John’s Matriculation Higher Secondary School. His initial plan after he finished his secondary education was to enroll in hotel and restaurant management since Dhanush wanted to become a chef but eventually, he went to Chennai to study visual communications at Loyola College, Chennai.

Dhanush’s brother director Selvaraghavan was the one who pushed him to become an actor. He got his screen name “Dhanush” from the fictional covert operation from Kuruthipunal.

Dhanush next appeared in the films “Pudhukottaiyilirundhu Saravanan”, “Dreams” and “Sullan” in 2004. The following year, he worked with his brother on the film “Pudhupettai”.

In 2007, his film “Parattai Engira Azhagu Sundaram” did not go well but his performance in his next film “Polladhavan” which was based on the 1948–Italian neorealist film Bicycle Thieves was recognized.

Dhanush worked with the film “Aadukalam” for years until it was finally released in 2011. According to him, it was his “Dream Project”. The film was a success and it received six awards. Dhanush also received a National Film Award for Best Actor.

For 2012, Dhanush only had one film “3”. The film was directed by his then-wife Aishwarya Rajinikanth it was a moderate success owing its popularity in the song “Why This Kolaveri Di”.

In 2014, Dhanush acted in the hit film “Velaiilla Pattadhari”. It became his highest-grossing film in the Tamil film Industry. His next project was the comedy film “Maari” followed by the films “Thanga Magan”, and “Thodari” in 2016.

Dhanush made his directorial debut and had a cameo role in the film “Power Paandi” which was released on April 14, 2017. Then he acted in the film “Velaiilla Pattadhari 2” as well as helped write the dialogue.

He released his films “Vadachennai”, and “Maari 2” in 2018. Vadachennai was a hit film and was considered the highest-grossing A-rated Tamil film of all time. The next year, Dhanush had his first international film “The Extraordinary Journey of the Fakir”.

During Pongal in 2020, Dhanush released the action film “Pattas” where he had a double role. Unfortunately, the film had bad reviews.

He starred in the film “Karnan” in 2021 which was directed by Mari Selvaraj. This was followed by the movie “Jagame Thandhiram”, and “Atrangi Re”. The following year, Dhanush acted in “Thiruchitrambalam” directed by Mithran Jawahar.

The Indian actor Dhanush is also a singer. He was a playback singer in Pudhukottaiyilirundhu Saravanan and he has sung in Selvaraghavan’s films Aayirathil Oruvan and Mayakkam Enna.

His song “Why This Kolaveri Di” was uploaded on Youtube in 2011 and became the most searched Indian music video. It was also the first Indian music video has more than 100 million views. He also sang the song “No Problem” for the Kannada movie Vajrakaya.

He mostly promotes his work using his social media accounts. You can also see him promote brands and companies.

Who Is Dhanush’s Wife?

Dhanush’s wife is the Indian film director and playback singer Aishwarya Rajinikanth who is the daughter of the Indian actor, director, screenwriter, and producer Rajinikanth. The couple has two sons named Yatra and Linga.

They got married on November 18, 2004 and just recently they announced their separation. Accordingly, Dhanush’s father-in-law is trying to convince the two to save their marriage.

The actor Venkatesh Prabhu Kasthoori Raja or simply Dhanush is the most popular and highest-paid actor in India. He is also a director and producer who owns his own movie production company. Dhanush’s net worth now is estimated to be around 20 million dollars or 1.5 billion Indian rupees.