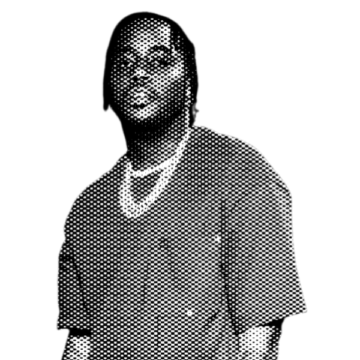 In the music industry, there are a lot of young artists who are trying to make it big. Fivio Foreign is one of those artists. This American rapper has already accomplished a lot in his career. He has released several hit songs including Big Drip, toured worldwide, had his Rolling Loud Festival debut, and built up a large following on social media.

Maxie Lee Ryles III or Fivio Foreign was born in Brooklyn, New York City on March 29, 1990. He is an African-American and is a Christian by religion.

He has not disclosed his parent’s names and if he has any siblings. However, he said during an interview that his mother died due to a stroke when and because of his mothers passing, he was forced to be mature and responsible.

Fivio grew up in Brooklyn and went to Brooklyn Free School for his studies. According to him, he started to become interested in rapping at a very young age and he would watch his favorite rappers on tv and imitate them.

In 2011, Fivio Foreign started his music career as a rapper and he used the name “Lite Fivio”. He changed his name to “Fivio Foreign” after two years when he formed a musical group called “800 Foreign Side” with his rapper friends.

Fivio Foreign worked with the rapper Gino Mondana where he appeared in the song “Like Some Stars”. After Fivio’s mom died, he became more serious about his career. He has worked with Jay Dee for the song “Gimme Dat” and with Alshawn Martin for the song “Act Out”.

In 2019, under Foreign Records, he released his first EP titled “Pain and Love”. His featured song “Big Drip” became a hit and even got 5 million hits on SoundCloud. Because of this, Favio started to become famous and had fans. He was also certified as Gold by RIAA (Recording Industry Association of America).

Favio also accepted a million-dollar deal with Columbia Records and made remixes with rappers Lil Baby and Quavo. He had his Rolling Loud Festival debut in New York with the American rapper Juice WRLD.

In 2020, he appeared on Drake’s song “Demons” and in Lil Tjay’s song “Zoo York”. He also worked with other artists like Nas, Tory Lanez, French Montana, and King Von. In November of the same year, he released his song “Baddie on My Wish List”.

Fivio has also worked with Kanye West. The two collaborated on the album “Donda” and in Kanye West’s song “Off the Grid”.

Fivio’s debut album B.I.B.L.E.was released on April 8, 2022. The said album was dedicated to his friend T-Dott who died last February 2022.

He worked with Kanye West and Alicia Keys for his song “City of Gods” which is one of the songs from his debut studio album. Fivio released the second single “Magic City” from his first studio album which featured the rapper Quavo.

The rapper Fivio Foreign is a close friend of Pop Smoke and King Von who were both killed in 2020. His friend T-Dott Woo was also killed in February 2022.

Fivio Foreign earns million dollars from his songs and now he has a great car collection. He also has an expensive apartment in New York.

Around 2020, reports circulated about Fivio being arrested by a Bergen County official for hurting his pregnant girlfriend but later on the charges were dropped and he was released.

A post shared by The Real Fivio Foreign ❄️ (@fivioforeign_8fs)

He also has a YouTube channel with 840 thousand subscribers where he uploads the official video of his songs. You can also listen to his music on Spotify, Deezer, Apple Music, Youtube Music, and even on Soundcloud.

Fivio Foreign founded his non-profit foundation Foreignside Foundation in the second quarter of 2022. His goal is to give service to the needy including incarcerated individuals and ex-gang members.

Who Is Fivio Foreign Dating?

The rapper Fivio Foreign is dating Jasmine Giselle. The two are in an on-and-off long-term relationship. Jasmine is a businesswoman and social media personality who also worked as a performer before. The two now have three children together and Fivio didn’t disclose his children’s name’s in the public.

Fivio has also dated other personalities including the model Sarah Synder in the past but they broke up in 2020 after two years of dating.

Fivio Foreign is an American rapper who recently gained fame after releasing hit songs like Big Drip. When he was young, his mother died and he became more serious about his career. In 2019, under Foreign Records, he released his first EP titled “Pain and Love”. Fivio Foreign’s net worth now is estimated to be around 2 million dollars.