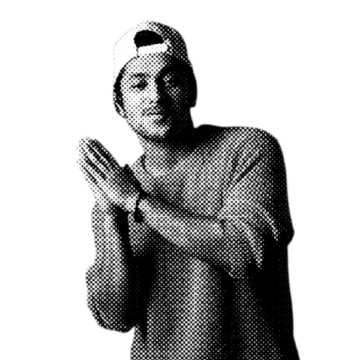 Harsh Beniwal is an Indian YouTuber who has amassed a large following on his channel since his started his Youtube channel in May 2015. He is known for his prank videos, which often get millions of views from all over the world. Harsh Beniwal has also done several collaborations with other popular Indian YouTubers and has endorsed a number of brands.

Harsh Beniwal was born in New Delhi, India on February 13, 1996, to a Sikh family. His full name is Harsh Vardhan Beniwal. His mother Sunita Beniwal is a housewife, and his father’s name is unknown to the public. Harsh has one sister named Pria Beniwal who is a fashion blogger.

He finished his high school education at Maharaja Agrasen Model School in Delhi, India. He then enrolled himself in the Bachelor of Computer Applications (BCA) at Shri Aurobindo College but eventually dropped out when he was in his second year to focus on his career which we can now say was one of the best decisions that he has made in his life.

Harsh Beniwal started acting at a very young age. He created videos using the Vine app. He then started uploading his comedy videos on his Instagram account in 2015.

Because of his great acting skills, his videos gained huge popularity on Instagram and his followers grew in a short amount of time. He then decided to create his own youtube channel where he continued uploading his comedy videos and prank videos.

His first video on his Youtube channel was uploaded in May 2015 and his first video was titled “Desi parents be like ‘vastav main kon tha ?”. The said video has now over 3.6 million views.

As of the moment, his most viewed Youtube video “A Day With Cringe TikToker | Harsh Beniwal” has now more than 42 million views. He uploaded the said video on May 17, 2020.

Harsh Beniwal got his Golden play button in 2018 and his youtube channel has now millions of followers all over the world. He still continues creating youtube videos up to now, making people laugh and entertained.

In 2019, Harsh Beniwal had his debut film in Karan Johar’s college drama movie “Student of the Year 2” as the character Puggi who is character Tiger’s friend. In the same year, he received an award from MTV India and an award for Rising Star of the year by IwmBuzz.

Harsh Beniwal earns a huge amount of Indian rupees from his Youtube income, Google Adsense, and his brand endorsements.

Harsh Beniwal is very close to his mother and only sister Pria Beniwal and they often travel and eat together. He has also gifted his mother a lot of things that he said he couldn’t afford before.

The Youtuber Harsh was able to buy a very beautiful house for himself and his family. The house is located in the posh area of Delhi, India. He is also fond of cars and was able to purchase his luxury car Mercedes Benz.

He uses his social media accounts to promote his work and upcoming shows. He also posts pictures of himself with his best friends, mother, and sister.

Harsh Beniwal Youtube channel which he created on May 7, 2015, has now over 15 million subscribers with 1.6 billion views. He also has a Tiktok account with more than 747 thousand followers and 5.6 million likes.

Who Is Harsh Beniwal Dating?

Harsh Beniwal is dating the Indian social media personality and model Meghna Gupta. Some sources say that they have been dating for more than 5 years now. Harsh and Megha have also made some videos together which you can find on Harsh’s Youtube channel.

Harsh started his career in 2015 and has now achieved a lot in a short amount of time. He is one of the most popular YouTubers in India with 15 million followers. He has also received many awards and recognitions for his work. As of now, Harsh Beniwal’s net worth is estimated to be around 2.2 million US dollars or 175 million Indian rupees.