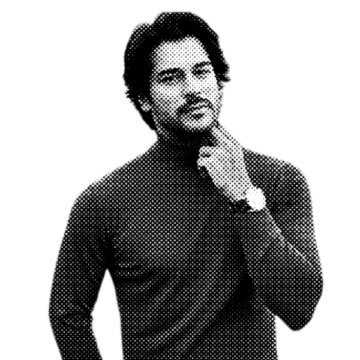 Burak Özçivit is a Turkish actor and model who has gained a lot of popularity in recent years. He has starred in many popular television series and movies, and he has earned a large following on social media. Burak Özçivit was born on December 24, 1984, in Istanbul, Turkey.

Burak Ozcivit was on December 24, 1984 in Istanbul, Turkey to his parents Bulent Ozcivit and Ceyhan Ozcivit. He belongs to a Muslim family and he has a sister named Burcun Ahmet Deniz.

After his college graduation, Burak Ozcivit decides to work as a model for the meantime while he is looking for a job. Eventually, he became Turkey’s Top Model and more Model Agencies started to work with him.

Burak Ozcivit became the Top Model in Turkey in 2003 and after two years, he was named as the second best model in the world.

After winning the modeling contest “Best Model of The World” and “Best Model of Turkey”, he had more opportunities. His photos were taken for the front page of Marie Claire and Gloria Magazine.

In 2006, a movie producer noticed Burak and he was offered to be part of the television series “Eksi 18 (Minus 18)” as the character Murat. The following year, he had his first ever movie “Musallat (Infected)” and another television series “Zoraki Koca”.

In 2011, Burak Ozcivit was fortunate enough to be chosen as one of the lead cast in “Küçük Sırlar”, the Turkish adaptation of America’s “Gossip Girl”. He acted as the character Çetin Ateşoğlu and the series was well accepted in Turkey where he gained more fans.

Burak Ozcivit also took part in the 2013 television series “Çalıkuşu” as Kamran. The drama series was based on the novel written by Resat Nuri Guntekin. In the same year, he acted as the voice of Hasan for the movie “Zarafa”, a French-Belgian animated film which Rémi Bezançon and Jean-Christophe Lie directed.

The tv series star Burak Ozcivit lives with his family in his beautiful home in Istinye, Sarıyer, Istanbul. He is non-vegetarian but is very active and regularly works out to maintain his figure.

During his free time, Burak Ozcivit likes to watch movies, listen to music and play the piano. Burak is also a car enthusiast and owns many luxurious cars like Audi, BMW, Mercedes Benz, etc.

Burak Ozcivit is one of Turkey’s highest-paid actors and the favorite actor of many producers and directors. He is followed by many people because of his good looks and talent in acting.

Who Is Burak Ozcivit’s Wife?

Burak Ozcivit married Fahriye Evcen. He proposed to the German-Turkish actress on March 9, 2017, in Germany and they tied the knot on June 29, 2017, in Turkey.

The beautiful couple now has a son named Karan Ozcivit who was born on April 13, 2020, and they are also expecting their second child soon.

Burak Ozcivit is an actor and model who has achieved so much in the entertainment industry. He had his television debut in 2006 with the tv series “Eksi 18”. He has worked in many television series and movies since then including his hit series “Kurulus Osman”. Burak Ozcivit’s net worth is estimated to be around $8 million and he is one of the highest-paid actors in Turkey.