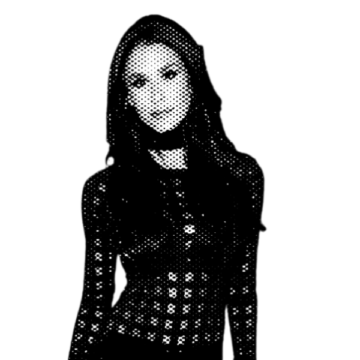 Brittany Furlan is an American Internet personality, comedian, and actor who first gained fame on Vine after making funny comedy sketches. She has been nominated for a Teen Choice award and was labeled as the most influential people on the internet by Time Magazine. She is one of the most followed female stars on Vine with over 10 million followers.

Brittany Furlan was born on September 5, 1986, in Perkasie, Pennsylvania, United States. Her father is Ronald Corrado Furlan and her mother is Jill Anne Pisano. She has one brother named Gregory Furlan.

Britanny was just six years old when her parents got divorced. After her parents separated, she started having anxiety and up until now she is still having panic attacks and she considers it as part of her daily life.

She did theater when she was still in her elementary years up to her high school. Britanny also joined a number of school plays in her early years and later on enrolled herself in a fashion designing course.

Brittany Furlan moved to Los Angeles from Pennsylvania to become an actress. Britanny started her career in the entertainment industry in 2009. She was first noticed in the television show called “Reality Hell” followed by the show “Prank My Mom”.

Britanny was having a hard time getting more projects at that time when she discovered the app Vine. She made a Vine account and started making funny videos until she became popular and was nominated during the Teen Choice Awards.

In 2015, Britanny received the Best Viner of the Year at the Streamy Awards and was labeled as one of the most influential people by Time Magazine.

After becoming famous as a Vine star, more opportunities opened to her. She appeared in the films “We Are Your Friends” as Sara, and in “Wrestling Isn’t Wrestling” as Goldberg in 2015.

In 2018, Britanny acted in the comedy film “The Unicorn” as Samantha. She also took part in the documentary about social media influencers titled “The American Meme”.

She also had a minor role as Bandmate Girlfriend in the comedy-drama film “The Dirt” in 2019. In the same year, she appeared in the television series “E! True Hollywood Story” in the episode “Is Fame an Addiction?” and in MTV’s “Ridiculousness”.

In 2020, Britanny took part in the action comedy spy film “Spy Intervention” as Brianna Brown. The next year she was selected to be part of the series “Paradise City” which is a TV spinoff of the film “American Satan”.

In 2022, she had a minor role as a Waitress in the American romantic comedy “Good Mourning” starring Zach Villa and GaTa.

The reality TV personality Britanny Furlan is not only known for her comedy sketches on the app Vine but also for her beauty and fashion sense. She has a great athletic body and blonde hair.

According to Britanny, she maintains her diet plans, and she workouts regularly. She also practices yoga and meditation during her free time.

Britanny Furlan currently lives with her husband Tommy Lee in their beautiful and expensive home in Los Angeles, California.

The female star Britanny Furlan is one of the most influential person that has more than 10 million followers on the app Vine also has a large following on other social media platforms.

Britanny also has a self-titled Youtube channel with over 346 subscribers and a Tiktok account with more than 1.8 million followers and 44.7 million likes. She continued posting funny sketches on her Youtube and Tiktok accounts.

Who Is Brittany Furlan’s Husband?

Tommy Lee is an American musician and a founder, member, and drummer of the famous band Mötley Crüe.

Britanny Furlan is an American internet personality, comedian, and actor who is better known for making comedy sketches on Vine. She has also appeared in films and television shows and has won awards for her work. Brittany Furlan’s net worth is estimated to be around 1 million dollars.