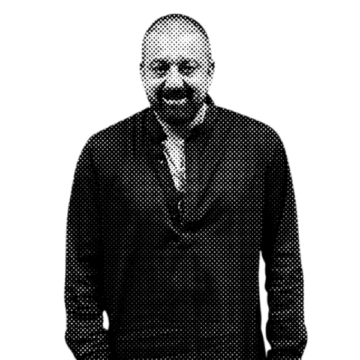 Sanjay Dutt is an Indian actor who started his career in Bollywood films in the early 1980s and has been in the industry for 40 years and he has appeared in over 180 movies. Sanjay has won several awards, including Filmfare Awards. He has also established his Sanjay Dutt Production Pvt. Ltd in 1996.

Sanjay Dutt was born in Bombay City, Bombay State, Republic of India into a Punjabi family on July 29, 1959. His complete name is Sanjay Balraj Dutt and his family calls him Sanju Baba.

Sanjay Dutt started working in the Indian film industry at an early age. He made his first Bollywood Hindi cinema which is “Rocky” in 1981. He also starred with Dilip Kumar in “Vidhaata” which is the highest-grossing Hindi film of 1982.

In 1986, Dutt acted in “Naam” and it was a major success. He also appeared in more successful 80s films including “Inaam Dus Hazaar”, “Jeete Hain Shaan Se”, “Mardon Wali Baat”, “Kabzaa”, “Hathyar” and many more.

Sanjay Dutt’s success in the Indian film industry continued in the 1990s. Dutt acted in films “Khoon Ka Karz”, “Sahibaan and Aatish: Feel the Fire”, and many more. He also starred in the highest-grossing Bollywood film of 1991 “Saajan” and he got nominated for a Filmfare Award for it.

Sanjay’s film “Khalnayak” is one of the most successful films of 1993. Followed by another successful film “Gumrah”. In the same year, Sanjay was arrested due to alleged involvement in the Bombay Bombings and he was released from prison in 1997.

1999 was a great year for Sanjay after his release from prison. He acted in films which were the highest-grossing films of that year. He starred in “Kartoos”, “Khoobsurat”, “Haseena Maan Jaayegi”, and in “Daag: The Fire, and Vaastav: The Reality” and he also received awards.

Sanjay continued making popular and critically successful films and was considered one of the highest-paid actors in the Indian film industry. He starred and received awards in the National Award-winning comedy-drama film “Lage Raho Munna Bhai M.B.B.S.” in 2003.

In 2006, a sequel of the “Munna Bhai M.B.B.S.” was released and he again received a number of recognitions including an award from Prime Minister Manmohan Singh for his work in the Munna Bhai series.

In 2013, during Filmfare’s celebration of 100 years of Indian cinema, Filmfare included “Raho Munna Bhai”, “Khalnayak” and “Saajan” which featured Dutt in its top 20 list of highest-grossing Hindi films of all time.

In 2016, it was announced that filming of the third part of Munna Bhai, starring Dutt will start soon. The following year, Sanjay starred in “Bhoomi”. In 2018, he starred in “Saheb Biwi Aur Gangster 3”.

Sanjay took part in the historical film “Bhuj: The Pride of India” in 2019. He also acted in the film “Prassthanam” and had his debut in the Kannada cinema in the film “K.G.F: Chapter 1”.

Sanjay Dutt’s income is around 1 Crore and his movie income is around 7 Crore per movie, making him one of the highest-paid actors in Bollywood. With his income, he was able to buy expensive cars including a Rolls Royce Ghost, Audi A8 L, Bentley Continental GT, and a Porsche SUV. He also has a lot of properties all over Mumbai.

In August 2020, it was detected that Sanjay has stage 3 lung cancer. He is currently doing treatment in Mumbai and hopefully, he will be cancer free soon.

The Arrest of Sanjay Dutt

In 1993, Bombay (now Mumbai) experienced bombings and Sanjay Dutt was said to be one of the accomplices. It was declared that Sanjay received weapons at his house from persons who are linked to the Mumbai blasts case.

According to Sanjay, he only received one Type-56 rifle from the producers of one of his movies and that he purchased the rifle for protection or self-defense.

Sanjay Dutt had a relationship with the famous actress Tina Munim in the early 1980s. After the two broke up, Sanjay dated and married the actress Richa Sharma in 1987.

Sanjay and Richa have a daughter named Trishala Dutt who was born in 1998. Richa depart this life due to brain Tumour in 1996. Their daughter is now living in the US with her grandparents.

In 1998, Sanjay tied the know with model Rhea Pillai and they got divorced in 2008. Later after his divorce, Sanjay married Dilnawaz Shaikh or Manyata. Sanjay and his wife Manyata Dutt have twins Shahraan Dutt and Iqra Dutt.

The Indian Bollywood actor Sanjay Dutt is one of the highest-paid actors who has made more than 180 movies. He started making films in the 80s up to the 20th century. He has also received a number of awards and recognitions for his work. Sanjay Dutt’s net worth is estimated to be around 21 million US dollars. His net worth in Indian rupees is estimated to be around 1.6 billion Indian rupees.