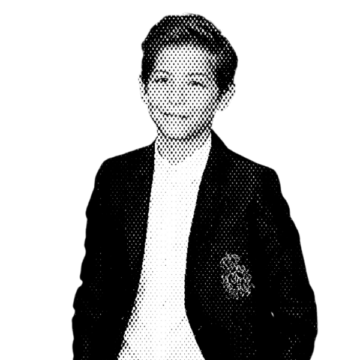 Jacob Tremblay is a young Canadian actor who first came to prominence in 2015 for his role as Jack Newsome in the drama film Room. He has since starred in other films such as the comedy animated “The Smurfs: The Lost Village (2017)”, Wonder (2017), and Good Boys (2019). Jacob has also won several awards for his acting, including a Critics’ Choice Movie Award as Best Young Performer and a Canadian Screen Award.

Jacob Tremblay was born on October 05, 2006, in Vancouver, British Columbia, Canada. He is the son of Christina Candia Tremblay and Jason Tremblay. His mother is a homemaker and his American dad is a famous actor.

The Canadian child actor Jacon has two older sisters named Emma Tremblay and Erica Tremblay who are also in the entertainment industry as actresses.

He has studied at Gordon Greenwood Elementary School with his younger sister Erica and older sister Emma but as of now, the three are being homeschooled due to their busy schedules as actors and actresses.

Jacob Tremblay started acting at the young age of seven. In 2013, he had his feature film debut in the hit 3D comedy animated movie “The Smurfs” as the voice of Blue Winslow followed by the film “The Magic Ferret” as Sam.

In 2014, he had an uncredited role as Matty in the Canadian film “Extraterrestrial” which was directed by Colin Minihan. The next year, he acted in the short film “Gord’s Brother” as Young Gord and in the drama “Room” co-starring with Brie Larson.

Jacob made four films in 2016. He acted in “Donald Trump’s The Art of the Deal: The Movie” as one of the kids, in the American horror film “Before I Wake” as Cody Morgan, in the American drama “Burn Your Maps” as Wes Firth, and in the psychological thriller film “Shut In” as Tom Patterson.

In 2017, Jacob acted in Colin Trevorrow’s American drama thriller film “The Book of Henry” as the character Peter Carpenter with Naomi Watts and Maddie Ziegler. He also had the lead role as August “Auggie” Pullman in the American hit movie “Wonder”.

The next year, Jacob acted in the American science fiction film “The Predator” as Rory McKenna and in the Canadian film “The Death & Life of John F. Donovan” as the young Rupert Turner.

Jacob had his comedy debut in 2019 in the R-rated comedy film “Good Boys” as Max Newman. The film was a huge success at the box office earning 21 million US dollars. In the same year, he had a cameo role in the American supernatural horror film “Doctor Sleep” as Bradley Trevor.

Jacob was also seen in a music video. He was featured in the music video of the song “Lonely” by Justin Bieber and Benny Blanco. The young actor was also the voice behind the character Luca Paguro in the 2021 animated films “Luca” and “Ciao Alberto”.

Jacob’s voice will also be used in the upcoming animated films “My Father’s Dragon”, “The Little Mermaid”, and “Wildwood”.

The young Canadian actor Jacob Tremblay currently lives in Langley, British Columbia, Canada with his family. He is currently homeschooled with his sisters who are also actresses.

Jacob is an avid fan of the Star Wars franchise and is a dog lover. He has a dog named after Daisy Ridley’s character, Rey.

The young actor also has a Tiktok account but he still has one video uploaded on the said platform. He has over 362 thousand followers and 168 thousand likes on Tiktok.

Jacob Tremblay has won numerous awards for his acting roles in film and television. He has won a

Who Is Jacob Tremblay Dating?

The young performer Jacob Tremblay is still 15 years old and has not dated anyone yet. He is currently focusing on his career and studies.

Jacob Tremblay is a young Canadian actor who has been successful in both film and television. He started his career at a young age and has starred in many award-winning films. He is also a fan of the Star Wars franchise and is active on social media. Jacob has not yet started dating but he is focused on his career and studies. He is also one of the highest-paid actors in the industry today. Jacob Tremblay’s net worth is estimated to be around 2 million dollars.