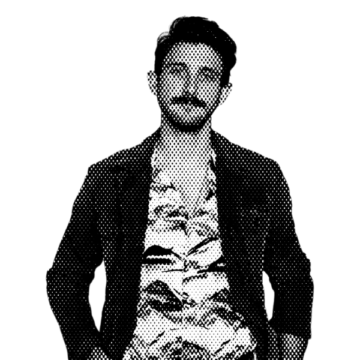 Emiliano Zurita is a multi-talented actor from Mexico. He belongs to a family of celebrities. Despite that, he has made his name as an actor, producer, writer, and set designer.

As of 2022, Emiliano Zurita's net worth is estimated to be $5 million.

Emiliano Zurita was born on the 29th of October, 1993 in the capital of Mexico, Mexico City. He was born in a family of celebrities.

His father, Humberto Zurita, is a famous actor, director, and producer of Telenovelas. His mother, Christian Bach, was a Mexican actress. She died in 2019 due to a respiratory malfunction. Emiliano Zurita has a brother, Sebastian Zurita. Sebastian Zurita played the lead in ‘How to Survive Being Single?’

Emiliano Zurita graduated in Architecture from Pratt Institute in Brooklyn, New York. Emiliano belongs to a family of celebrities. He needed no introduction or training to get into the world of entertainment.

Emiliano Zurita Bach is famous for his role as Felipe Quintanilla in Senõra Acero (Lady of Steel). He started playing this role in 2014 that continued till 2019.

He began his career in 2010 in the role of Liut in Fallen Angel. In 2020, he appeared as Gabon Gabeau in No, Porque me enamoro (No, Because I Fall in Love).

In 2019, he appeared in Guadalupe Reyes as Gabo. In 2020 he also acted the role of Evaristo Rivas in Dance of The Forty One. Recently, he has appeared as Pedro in El Mesero (The Waiter) in 2021.

Emiliano and his brother Sebastian Zurita are the creators and writers of the hit comedy series ‘How to Survive Being Single?’.

Together the brothers own a production house by the name of Addiction House. The company has produced several hit shows including, How to Survive Being Single?, I Was There, Enemigo de Clase (Class Enemy), and a documentary BMW 3 Series.

Emiliano Zurita is 29 years old and currently single. There are no rumors regarding his love life. He prefers to stay silent about his private life. He is young and rich, sooner he will find the love of his life.

Emiliano and Sebastian Zurita express a lot of affection for each other. Both of them resemble each other in looks too. He was very close to his mother as well. His mother died in 2019 due to some respiratory malfunction.

Emiliano Zurita and Sebastian Zurita have an official website for their production unit Addiction House. On the website, the fans are updated about the upcoming shows and the details of previous shows produced by the Addiction House.

Emiliano Zurita Bach is a multi-talented Mexican actor. He has established himself as a great actor in the entertainment industry because of his unique skills and talent. He belongs to a rich family of celebrities but he has garnered a net worth of $5 million individually.